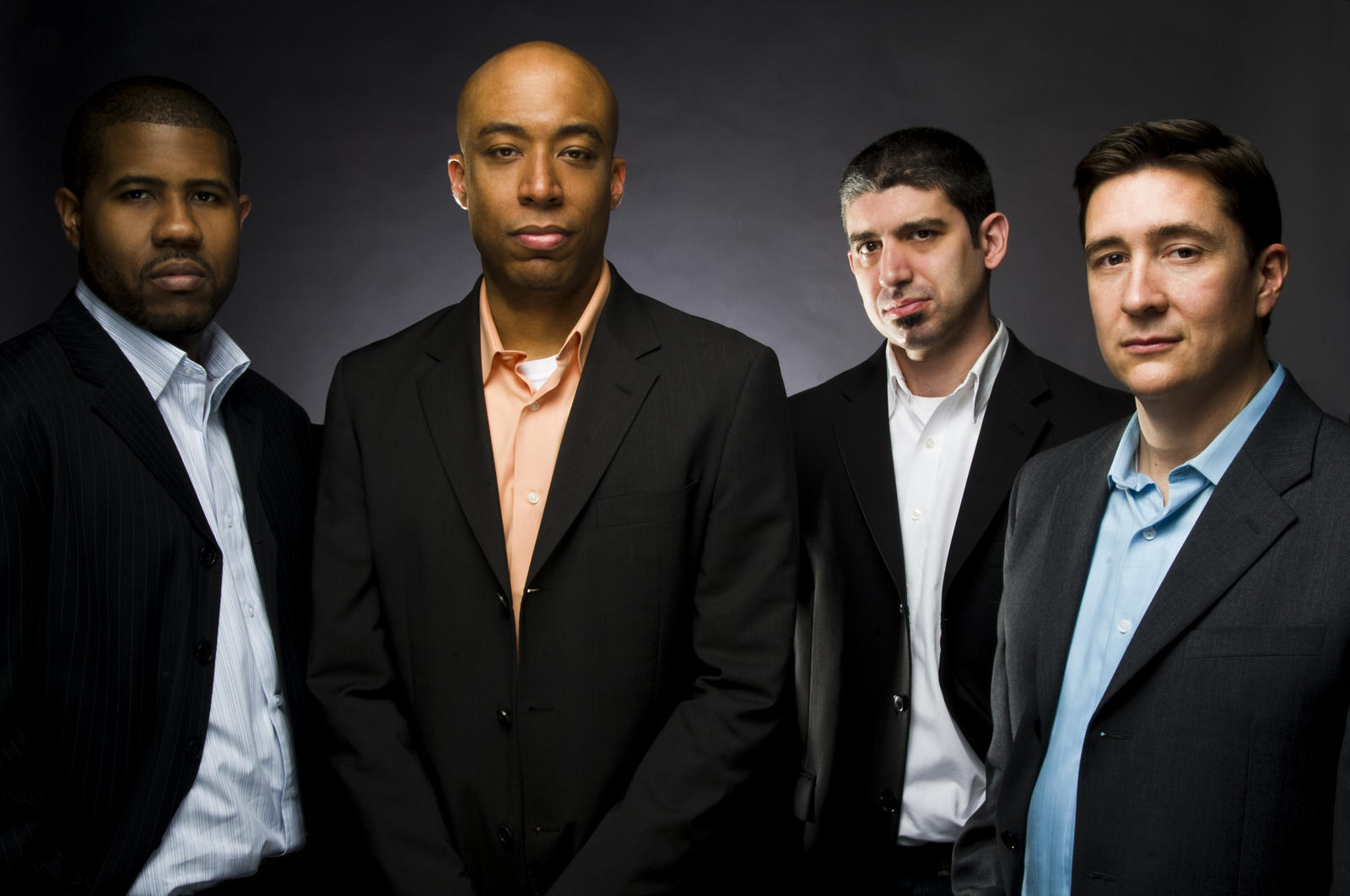 The Chris Greene Quartet will be playing Winter’s Jazz Club on Sat, Sept 30

Hey there, friends, saxophonist and bandleader Chris Greene here! I can be witty, charming and verbose in person, but I haven't done much blogging in my life. I’d like to take this opportunity (shout out to Billy Dec) to invite you to an upcoming performance this Saturday, September 30.

I started my band, the Chris Greene Quartet, in 2005. Pianist Damian Espinosa and Marc Piane have been with me since the beginning. Our drummer, Steve Corley (aka “the new guy”), has been with us since 2011. At the beginning, we were initially content to just play standards. Alas, we got bit by the ambition bug. We currently seem to be known for 3 things:

1. Retrofitted and reconfigured versions of standards or classic jazz compositions.

3. Quirky, funky, accessible (and sometimes odd-metered) original compositions that draw on a variety of musical styles and genres.

It’s been a wild, interesting and largely enjoyable ride over these past 12 years. Over the past year alone we've had a SRO performance at the 2016 Chicago Jazz Festival, several tours throughout the Midwest, a notable appearance on the FOX television show Empire, the honor of being voted “Best Jazz Band” in the 2017 Chicago Reader’s Best of Chicago Poll, and massive critical acclaim and international airplay for newest album release Boundary Issues. In fact, the album was selected as both an “Editor’s Choice” in May for DownBeat Magazine and was placed in the top 50 on the JazzWeek airplay chart!

I hope you can join us at our show this Saturday at at the newest and nicest venue for live music in the city, Winter’s Jazz Club. The address is 465 N. McClurg Court (on the north promenade). Shows at 7:30 and 9:30 PM. We’d love to see you there!