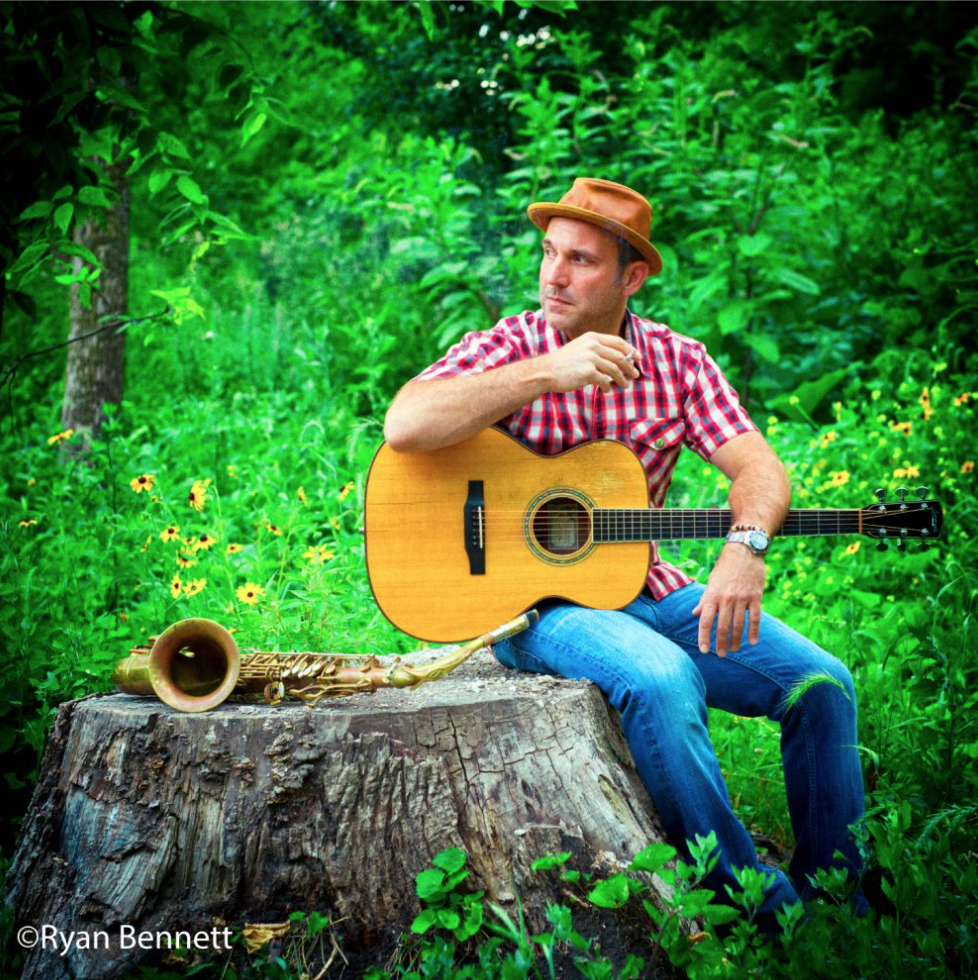 The Moon Threads a Needle

Hi, all. I’m songwriter/guitarist/saxophonist Wes John Cichosz (pronounced Chee-hoas). I’ve been part of Chicago’s music scene since I was a teenager and I’m proud to call the city my home, both musically and geographically. So thanks for checking me out here on A Chicago Thing.

Though talking about music can be like dancing about architecture, I would like to tell you about my new album, The Moon Threads a Needle (click here to listen). It’s a product of various life trials: financial frustration, a broken marriage, the death of a loved one and addiction. Fun stuff. Though the subject matter is dark, the making of this album helped bring me out of long-standing funk I’d been in for most of my adult life. It is my hope that, just as I escaped into the making of Moon, that you too, will emerge with something positive after listening.

Since the release of the record, people have been asking me how I approach songwriting. Throughout my career I’ve worn many hats: jazz saxophonist, classical clarinetist, country/blues/rock/jazz guitarist and solo-acoustic/vocalist. I tend to draw from all this when I write. I usually start with guitar, searching for something unique, even dissonant. Then I do the same when I layer instrumental tracks and write lyrics. There were times where, after recording for hours, I’d take a look around my studio and see total disarray: instruments everywhere; clarinets, saxophones, microphones, guitars and amplifiers; even glockenspiel and timpani drums. Recording definitely brings out the eccentric, mad-scientist in me.

I suppose ‘acoustic rock’ would be the closest mainstream genre pigeonhole, though this album is its own animal. The songs are acoustic guitar-driven with gritty slide guitar, quirky saxophones, lush winds and piano all making appearances. It’s very important to me that the song enters the ear and mind easily but also that the listener doesn’t know what’s coming next. For example, the song, “Everybody Says” has catchy grooves and melodies with a surprise blues bridge. The tribute to my deceased sister, “When Molly Got Lost,” opens with driving drums and baritone sax that lead to haunting layered vocals. Every song on the album has its own unique sound and personality.

Come and join me and my stellar band for the CD release party at Martyrs’ (3855 N Lincoln Ave.) on Thursday, March 16th. Tickets are available at martyrslive.com/thu-mar-16-8pm-10. The album is available for purchase at numerous online locations including iTunes and is streaming on all major platforms including Spotify. Thanks for reading and keep up with me at wjcmusic.com.