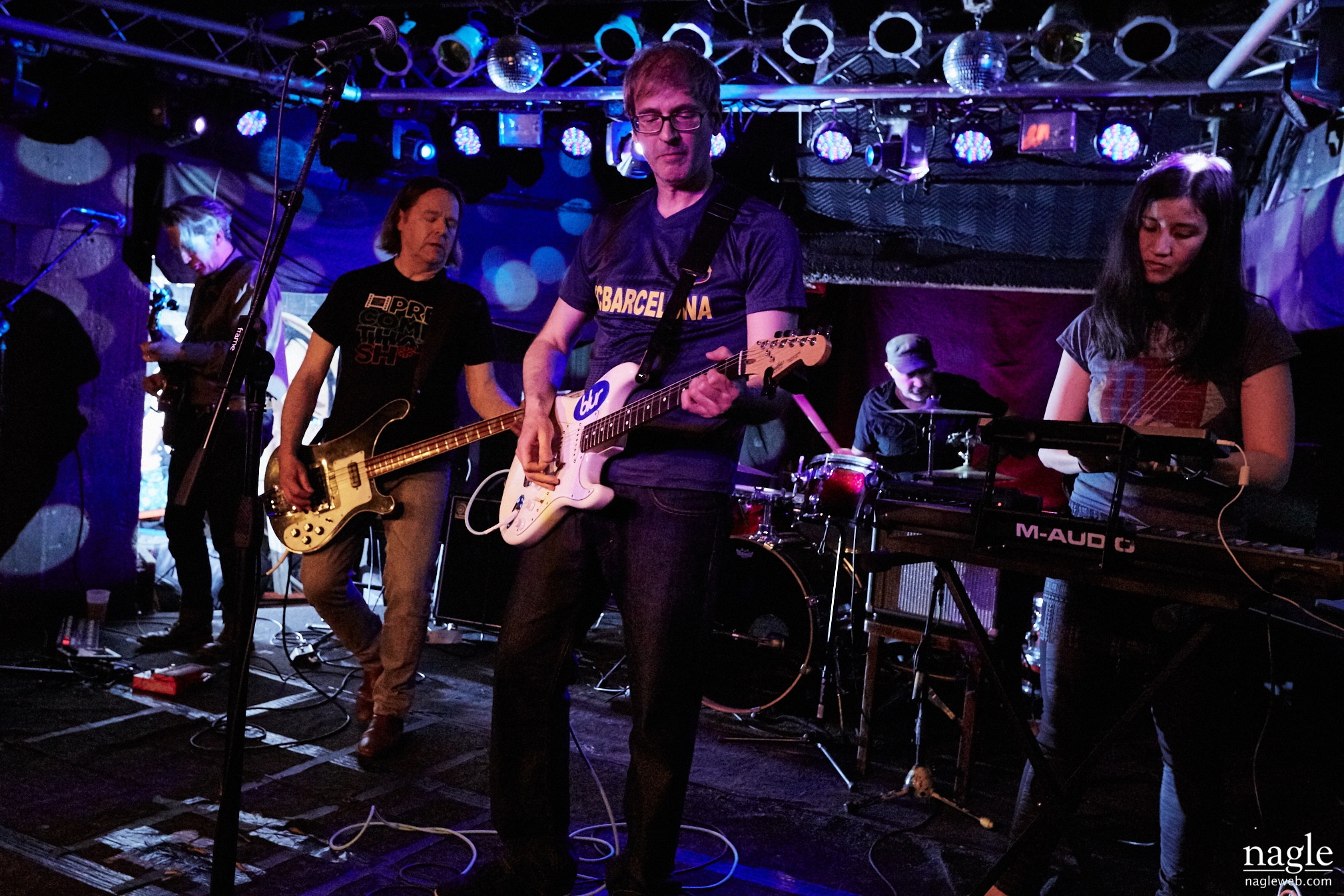 A few years ago, when I approached my friend (and now co-band leader) Mark Lofgren (bass and vocals) about a songwriting /recording project that started in his apartment studio, I had no idea that it would steadily develop into a full band collaboration with two albums now in tow and supported by local shows. I knew that our mutual love for bands like The Smiths, Blur and New Order would inform where we wanted to go musically but, along the way, there have been many surprises with the songwriting as we opened up the project to the friends who have become our bandmates.

But that’s so Chicago, isn’t it? It doesn’t take long for an idea to be embraced by good people with similar artistic roots who aim to take chances together, going a step further to be heard in a city so full of good music.

Our songs draw on many more influences now, yet through collaboration amongst the five of us and plenty of locally-brewed beer, a unique, urban sound has emerged that features a powerful combo of hard-hitting drums (courtesy of Gabriel Palomo), dreamy synthtones (played by Birdie Soti) and a mix of jagged and melodic electric guitar sounds (created by me and Darren Shepherd). The Thin Cherries invite you to our The Thin Cherries on Moose Island release show at Debonair Social Club in Wicker Park on Friday, November 2 at 8:00 pm. Local music makers Wallet Sized Photo open the show.